Age or Cost Doesn't Stop Student from Studying in Italy

Carrie and her daughter, Isabell, studying and touring in Italy.

"I’m not as old as I think I am. I’m a lot stronger than I think I am, and far more resilient,” said alumna, Carrie Siegfried-Haase, after her month-long experience studying abroad in Italy with Northwest Arkansas Community College (NWACC).

Carrie recently graduated with an associate degree in liberal arts and transferred to Missouri Southern State University to earn a bachelor’s degree in art education. Her plans are to advance her career in teaching a multitude of artistic mediums.

NWACC’s Study Abroad Center promotes its annual trips in a variety of ways: the NWACC website, email announcements and informational booths and sessions, as well as posters and flyers around campus. It was one such poster that caught Carrie’s eye on her way to class. It advertised an opportunity to study in Italy in the summer. Initially, she shrugged off the opportunity, thinking it was for young college students, not her.

Carrie was a mother of two daughters, including one named Isabell, who was also taking classes at NWACC but as a concurrent high school student. As an older adult with kids, she had a difficult time defining herself as a college student, she thought it described only young adults. She also assumed studying abroad was an opportunity for someone young, like her daughter.

“My initial thought was, oh, I would’ve loved to have been able to study abroad. It’s too bad you have to be a student. In my mind, opportunities such as this were something reserved for the young and that my time had passed,” said Carrie. 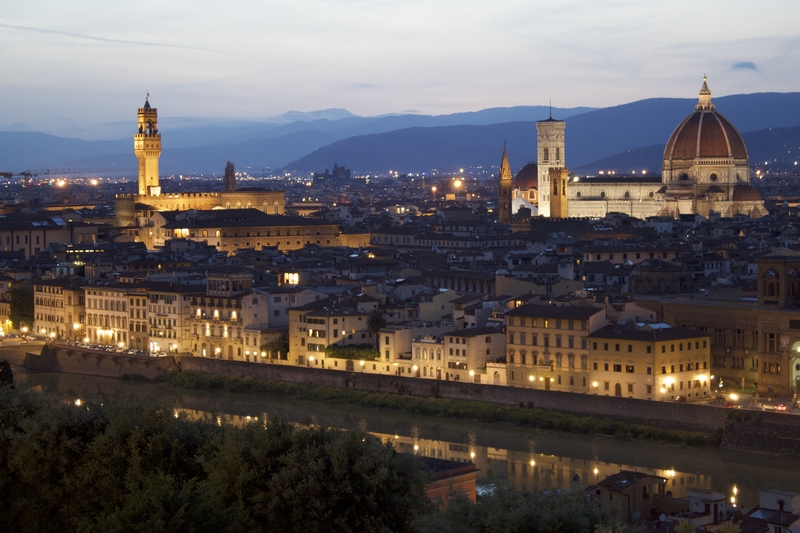 After some encouragement by a classmate in her art history class, Carrie agreed to take the first step and attend the information session, and as she says, “It all just kind of went from there.”

“Really, going to Italy had always been a dream of mine because of my interest in art. I wanted to go see the masters, the work of the masters, but it didn’t seem like anything I was ever going to be able to do, and then this opportunity came up,” she explained.

After Carrie decided she would study in Italy, her daughter, Isabell, and Isabell’s two NWACC friends decided to join too. “We took [our] own little family on the NWACC Italy trip,” Carrie said.

Making the decision to study abroad was the initial hurdle for Carrie, but paying for the opportunity would be another challenge. Due to the expenses of caring for her family, she was concerned whether she’d be able to afford to travel, live and study outside the country.

Carrie was one of the many students awarded a Gilman Scholarship, which covered nearly half of her trip expenses. She became a recipient due to her impressive essay and project proposal that would use compelling visuals and marketing to promote studying abroad to non-traditional college students. The project proposal had evolved from one of her art history class assignments. 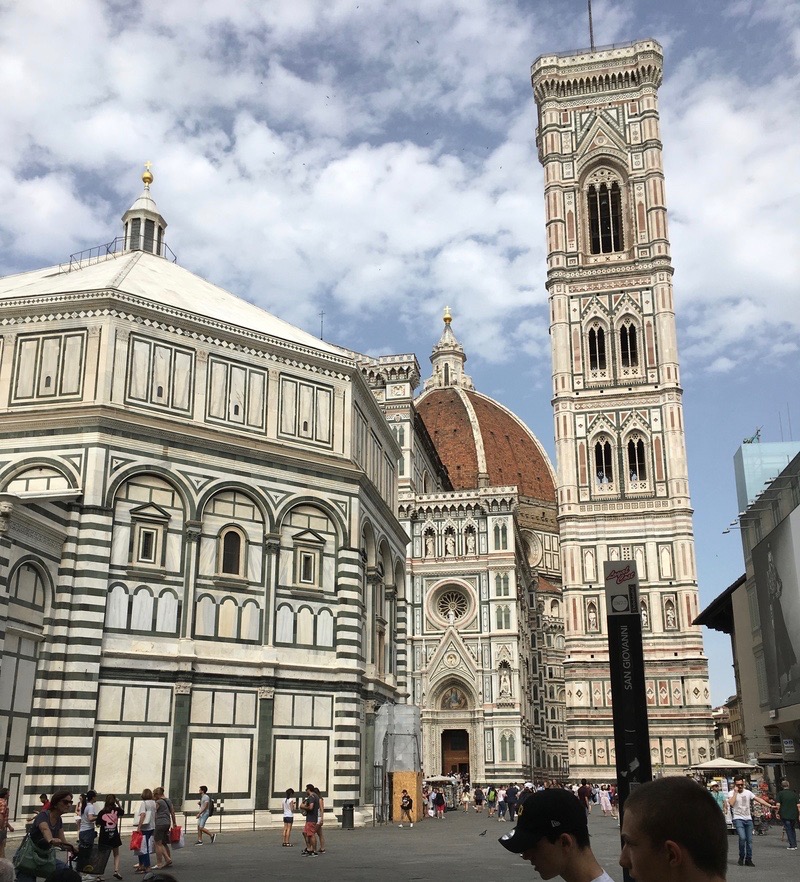 “My first task in art history was to research a randomly assigned piece of art. I was completely disappointed to be assigned the Baptistry South Doors by Andrea Pisano. I wanted to study the master painters, not some silly doors,” she said. “Although my research gave me an appreciation and awe for the craftsmanship involved in their construction, it would be two months before I realized the deeply personal symbolic meaning that the doors would come to represent for me.”

Surprisingly, after Carrie attended the Italy study abroad information session, she learned that the trip included a weekend trip to Florence to see Pisano’s South Doors at the Duomo Museum. “My decision was made. I would open the doors that I thought had been closed. I would find a way to study abroad and see the works of masters that I have studied, such as Michelangelo, Giotto and Bernini, with my own eyes while immersing myself in the language and culture of Italy,” she said.

Once in Italy, Carrie put her planned proposal into action. “I traveled around Italy, and took pictures of doors, and pictures of students in front of doors, and compiled a marketing plan that inspires people, hopefully, to apply for the Gilman scholarship,” she explained. 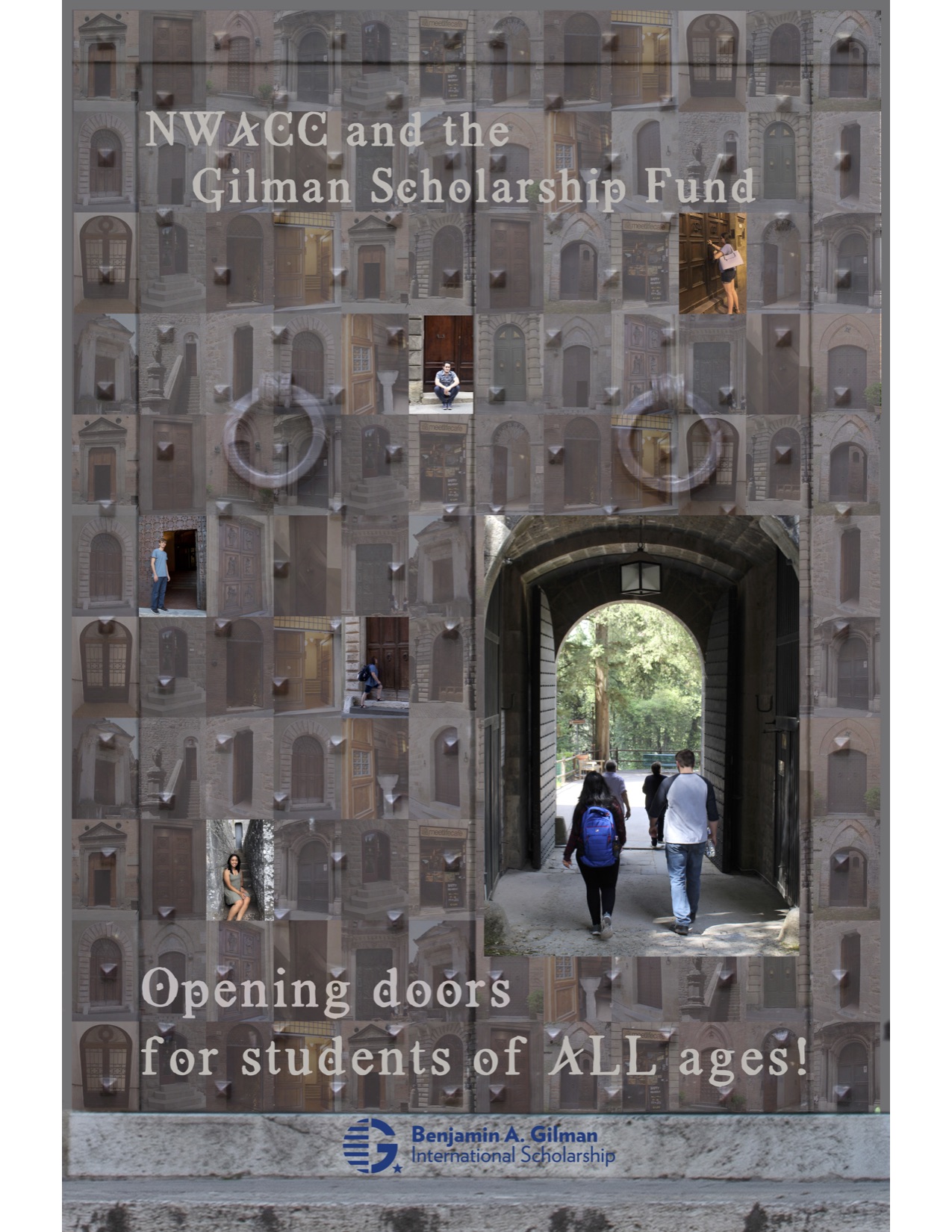 Carrie enjoyed taking photos of doors as well as the Italian architecture. She was enamored with the works of art and pieces of history that Italy had to offer. “There is an energy in these pieces of art that a picture can’t convey, and standing in front of David is an experience unlike anything else, and being able to share that with [my future] students is a benefit that I would not have had I not gone,” she explained.

Along with the art and architecture, being immersed in a foreign culture made a lasting impact on Carrie. She found it personally transformative.

“The first two weeks, it’s kind of like your own vacation, but then after that, the real culture shock starts to set in at about three weeks… You don’t realize how odd it is to be out in public and have people speaking around you and not being able to understand them. It starts to feel a little weird after a while. You know, everything is different. It truly pushed me, and everybody on that trip out of their comfort zone,” she said.

Carrie, Isabell and other NWACC students attended the Università per Stranieri di Siena and took a course in the Italian language along with a course in photography or journalism. “It’s hard… the elementary Italian class was the hardest class I think I’ve ever taken, but we did pick up on little pieces of it and my daughter and I try to use Italian occasionally when we can, just so we don’t totally lose it,” Carrie said. 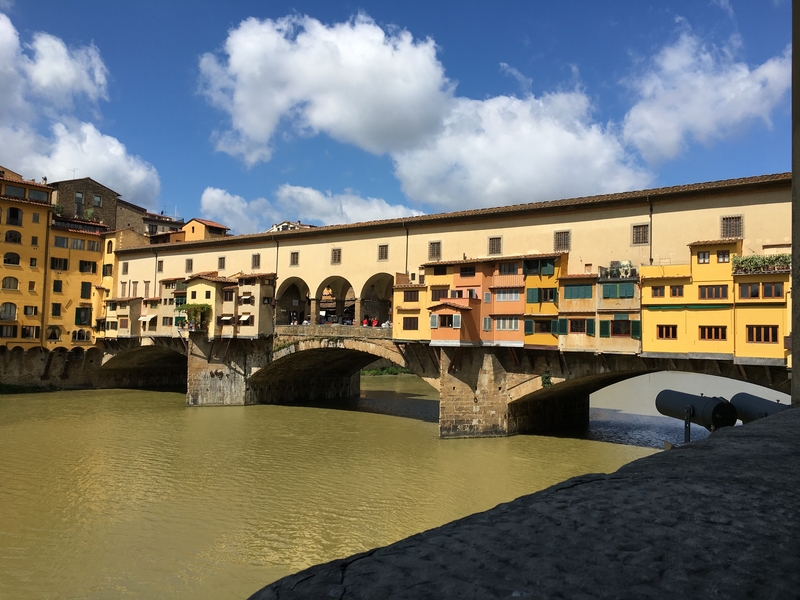 As for traveling around Italy, Carrie found the language to not be too big of an issue, but she appreciated anyone who tried to speak to her in English. “In Sienna, people tried. We would use Google translate and if they didn’t understand you, you could tell they were really trying to understand, and you would find a different way to communicate, and it was really never an issue. Although it’s nice to hear English in the background, you just don’t realize when you’re not hearing it,” she said.

Viewing the master painters’ works of art, embracing the culture of a new country, learning a romance language, and gaining “a bunch of daughters and a couple of sons”, all made the trip to Italy a life-changing experience for Carrie. She recommends studying abroad to all students.

“If there is any way that you can create the situation so that you can go and study abroad, it is absolutely worth every penny,” she said.

Visit nwacc.edu/studyabroad or call 479-619-2224 to learn more about choosing a higher education with NWACC.

View more images of Carrie and Isabell's time studying and traveling in Italy.