Student Shares Her Experience as a Photographer for Bentonville Film Festival 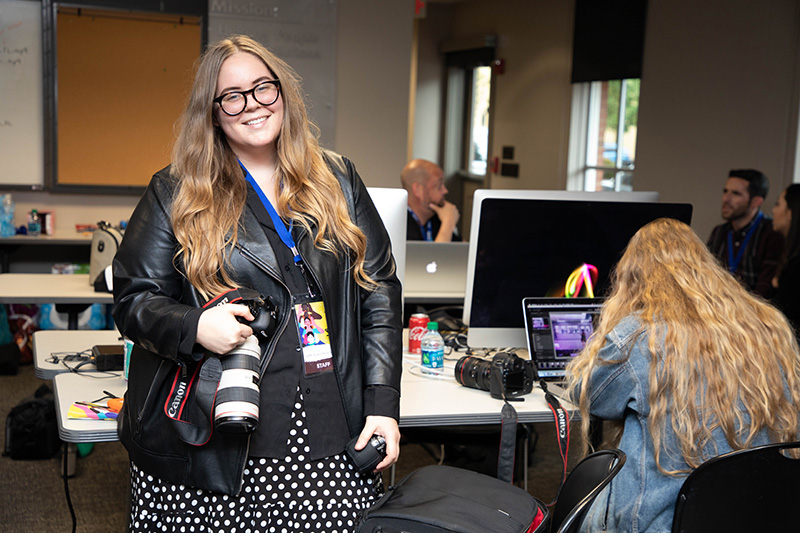 Graphic design student, Courtney Boyd, was selected to be a student media creator for the Bentonville Film Festival (BFF), which included capturing the moments of the festival through photography and interviews. She joined other NWACC students, Diego Escobar, Amber Karnish and Amanda Thattanakham in covering the inclusion-focused event and producing content for the BFF social media platforms.

The Student Media Creators program grew from a partnership between BFF and the Ozark Media Arts Festival (OMAF). It offers high school and college students an opportunity to build their experience by capturing video, photo and social media content for the festival.

Read further to learn more about Courtney’s experience, how her art classes at NWACC helped prepare her for the opportunity, and her encouraging words for students interested in becoming a media creator for BFF next year.

How has your experience been as a student media creator for the Bentonville Film Festival?

It’s been awesome! It’s a wonderful opportunity. It's been really great to connect with other creators of different kinds and backgrounds and learn from each other. I feel like Diego has helped me a lot, even if it's just in conversation. Everyone comes from a different place of knowledge and experience, so it's been cool to just have a point of interest with people. 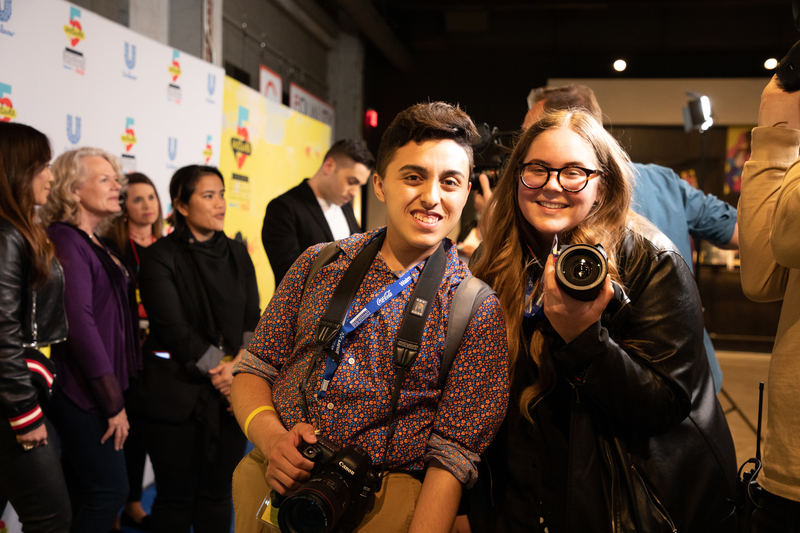 What’s been your favorite part so far?

So, they teach you how to present yourself around various people involved in the festival…You want to be approachable, and not only get the job done but to make everyone feel welcome too. So, last night there was this woman and I didn’t know she was the UN ambassador until I was told later, but she comes in and she’s wearing this beautiful green ballgown and then Geena Davis comes in and they stop and have a moment. Geena complimented her dress and it made the woman’s day. I was taking a picture of it, and when Geena leaves, the woman was like, ‘Did you see that?’ and I was like, ‘Yeah, that just happened!’ We connected afterwards, just started talking. You never know who you're going to meet at the Bentonville Film Festival. She's a UN ambassador and model for Chanel and Tiffany, and makes a difference in the world, and uses her platform to do so. How influential of women we have here right now! It's just insane.

How do you think NWACC has helped prepare you to be a media creator?

As I’ve touched on before, digital photography. My journey with photography has been very different from the usual. I never really wanted to pursue it until probably last year. I never took art classes or photography classes or anything until last semester. NWACC teacher Erin Gardner, she is the first person to open up the world of manual to me. It showed me so much, and I still have so much to learn, but she's always super supportive. If I see her anywhere and I have questions, she's down to answer them, and is constantly encouraging me and supporting me and believing in me to also push myself, to keep going. This is a great opportunity, but I can’t just be happy to settle here. I have to keep learning and growing. 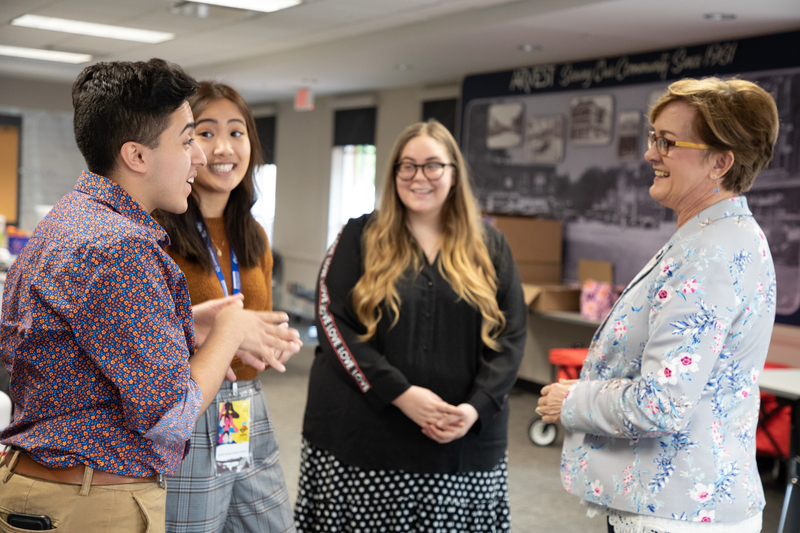 Would you encourage other students to apply to be a part of the Student Media Creators program for the Bentonville Film Festival?

Yes. As you’re shooting, you feel the adrenaline. I feel like this is one of the best opportunities! You can grow so fast because you are being pushed to meet deadlines super, super fast. You are having to push yourself and your craft. I think it’s a good opportunity to just grow.

Interested in pursuing a higher education in the arts? There’s a place for you here. Visit nwacc.edu or call 479-986-4000 to learn more about enrolling at NWACC.