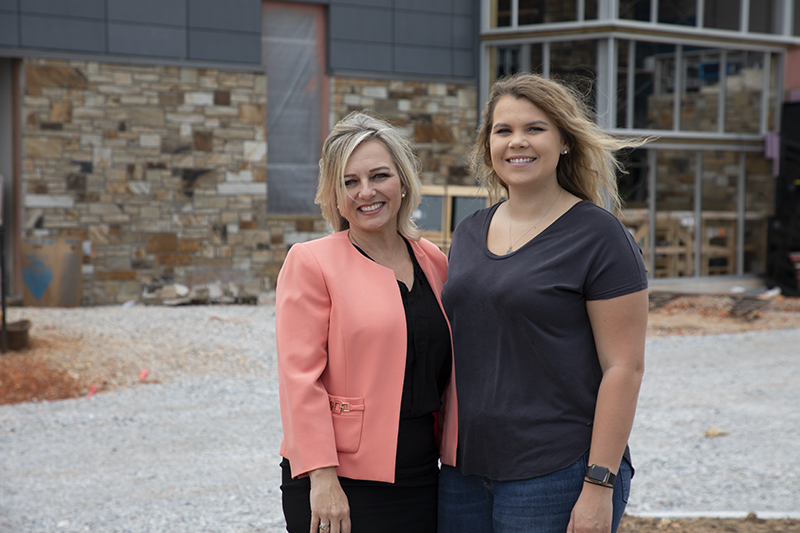 “This will be a great opportunity for students in northwest Arkansas. For many, this will open the doors for college,” said NWACC alumna Kelly Powell. “Many high school graduates do not have their own car so the distance to Bentonville can be a struggle. Cutting the distance for many students in Washington County so they can pursue an education will be beneficial to our economy.”

In July of 2018, NWACC broke ground on the site of a new facility in Washington County. It will open in spring 2020 and house the services and courses that are currently offered at the college’s smaller Washington County, Farmington and Jones Center locations such as nursing, emergency medical response and general education – all at one convenient location. Employees and community members joined in digging up the grounds and celebrating the new construction. Mother and daughter alumnae, Kelly and AJ Powell, were guest speakers for the event. 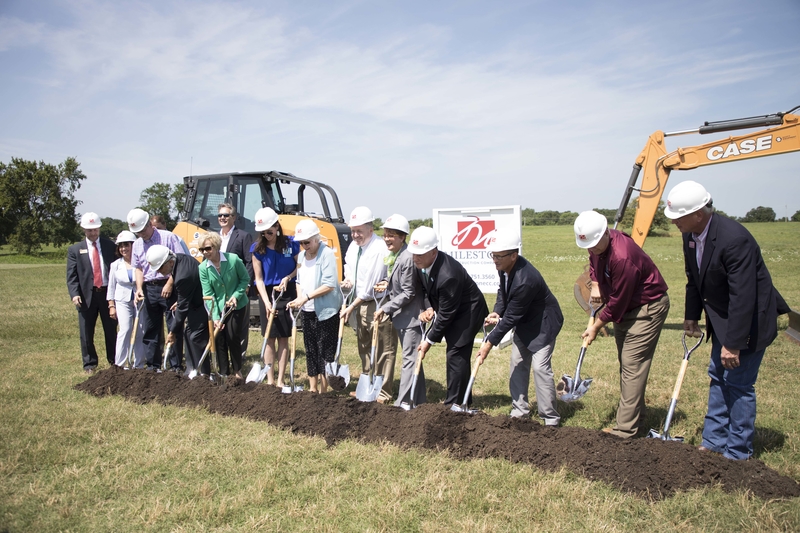 “Speaking on behalf of NWACC - Washington County was so rewarding as a former student and a citizen of Springdale, but doing so with my daughter, pushed it over the top. It’s a memory and honor we will both cherish,” Kelly said.

“It was really cool that they asked my mom and I to speak because we both attended NWACC. Two generations going through the college and sharing their experiences with the community can really illustrate how amazing NWACC is,” AJ added. 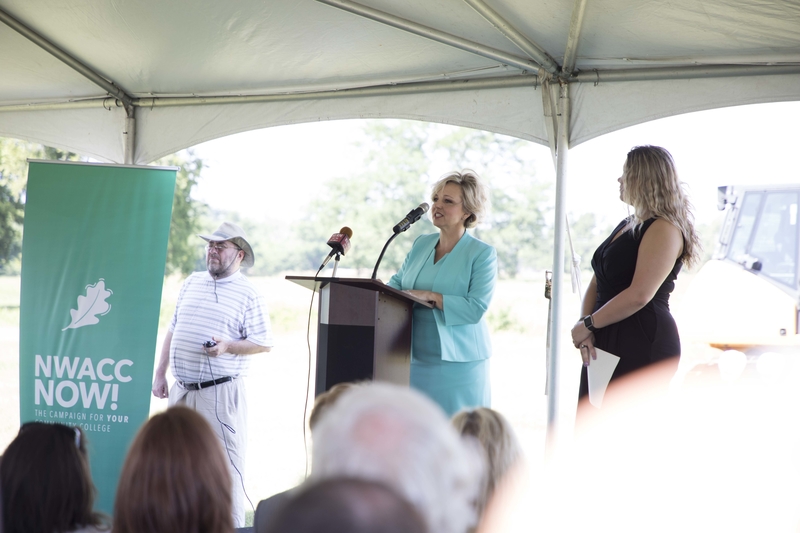 Kelly attended NWACC in 2004 as a nontraditional student who decided to shift her career from travel to education by becoming a teacher. She earned an associate degree and then a bachelor’s degree at the University of Arkansas. Since then, she’s received several other degrees. Her latest is a doctorate in educational leadership from Harding University. Kelly credits NWACC for much of her educational success.

“I was a mom who went back to school at the age of 34 and didn’t stop until I earned a doctorate degree. Much of that success, I truly believe, was because of the first two years at NWACC. The school set a strong foundation to carry me along on my collegiate path,” she explained.

Kelly chose the current NWACC Washington County location because of its accessibility, it was only 10 minutes from her home, and the small class sizes. She was able to quickly get to know the faculty and fellow students and make friends.

“The friends I made during those two years are still dear friends of mine. We were able to collaborate with each other more often which helped build long-lasting friendships,” she said.

Kelly’s daughter, AJ, followed in her mother’s footsteps and attended NWACC in Washington County in 2017. She recently graduated, earning her associate degree, and plans to pursue a bachelor’s in nursing at John Brown University. Like her mother, NWACC also made an impact on her life.

“It’s an amazing college. Everyone is so positive and nice. Some of your professors will teach you things outside of what you’re learning, and those are some of the most important lessons you’ll learn,” she said. “I value the education I received from NWACC. Not everyone gets to further their education after high school, but I love that NWACC gives everyone the best opportunity to do that.” 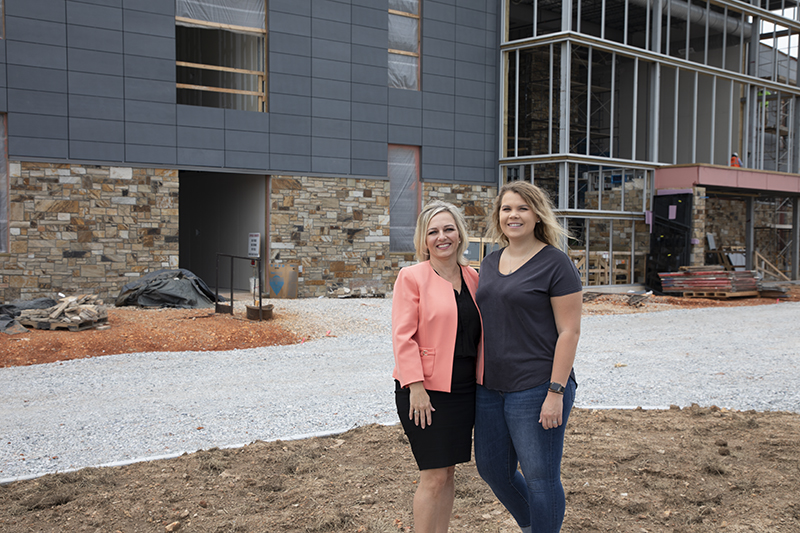 Now, almost a year after the groundbreaking celebration, the two alumnae were invited to grab a hard hat and tour the almost-complete Washington County facility. Kelly and AJ couldn’t help but smile at the sight of the new structure.

“During the groundbreaking, this was just a field. To see the progress in eleven months is awesome. The two-story facility, all the rock work that has been done, it’s absolutely beautiful,” said Kelly. “Not only are the students going to love it but so are the community members of Springdale and northwest Arkansas.”

The mother and daughter were guided through both levels of the newly constructed building and the various rooms that would hold classrooms, labs, event space and open offices. 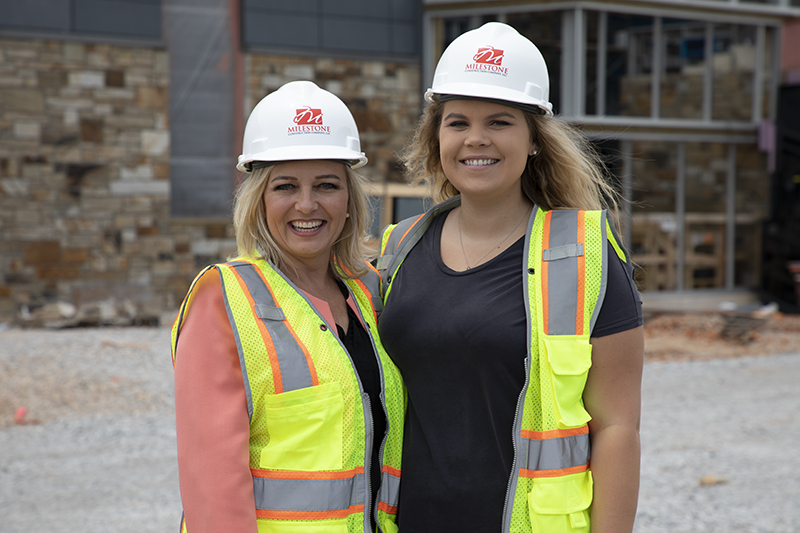 “It’s a lot smaller than the Bentonville main campus… I like how it’s just two stories, and it’s pretty basic. You know what’s on the top level is probably similar as to what’s held on the bottom and vice versa. I think that’s going to help a lot of students not get lost,” AJ said. “It will also be a lot easier for people to access a college education because it’s not a far drive.”

“This building is important for the students of Washington County and even the students of surrounding counties. Any time an educational facility can offer education to citizens, the whole community benefits,” Kelly added. “It is the perfect size for students coming from rural communities. They can get comfortable and feel safe while pursuing their education. That’s a big component in being able to learn.” 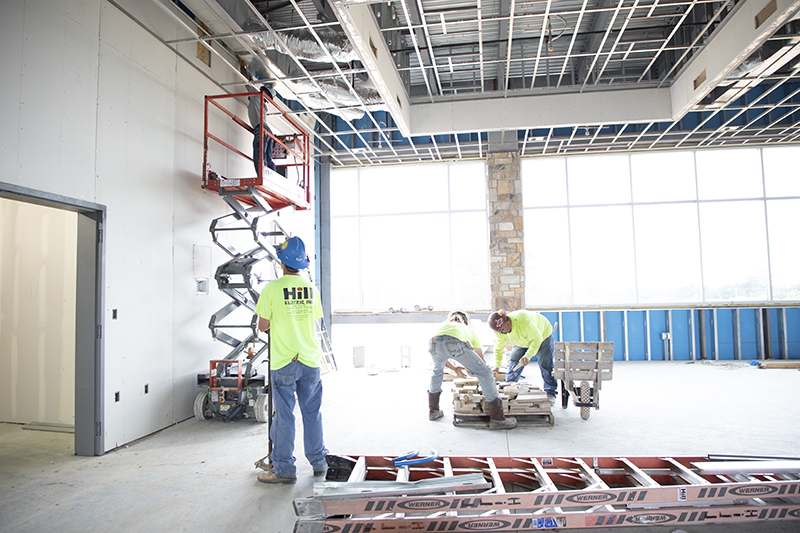 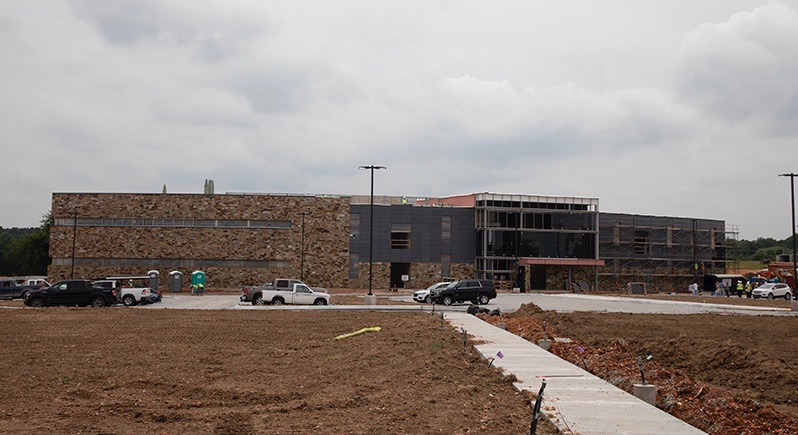 Interested in enrolling in classes at NWACC-Washington County in spring 2020?