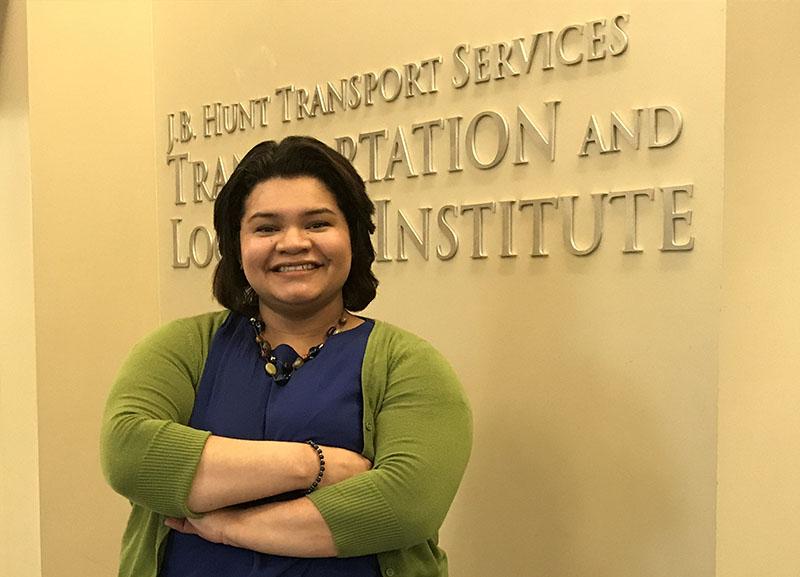 At one point, Bernadette D. Holt was convinced her life was stagnant.

She was a single parent struggling to make ends meet, and she was starting to accept that her life was always going to be a certain way because she had made too many mistakes.

Then, she was assigned to an Arkansas social worker, who saw potential in Bernadette, not mistakes.

The social worker connected her with resources and helped her apply for college — and scholarships she would need to help pay for college.

She’s a general business transfer student at NWACC. Where she once thought about ending her college career with an associate degree, Bernadette now plans to pursue a bachelor’s degree after her time at the community college.

An academic adviser factored into that decision. “My clever academic adviser took a look at my grades and told me she felt that when I graduated from NWACC that I would be very happy with it,” she says. However, the adviser told Bernadette that “somewhere down the line I was going to want to get a bachelor’s degree – she had no doubt. …And the more I complete each semester, the more I believe that she is totally correct!”

She plans to get a job after finishing her associate degree at NWACC, but she also plans to pursue that bachelor’s degree. “I have met with advisors from the University of Arkansas and Missouri Southern State University,” she says, “and they have helped keep my motivation high toward the importance of getting the most out of a higher education.” She’s already researching scholarships and other means to finance her future tuition.

She has some words of advice for others considering attending the community college. Bernadette says she knows that the prospect of entering college can be scary. “There’s so much you don’t know and there is a fear that you might fail, but trying to make a living without college is where the real scary failure is,” she says.

NWACC is a great option for those worried about plunging into a college career. “There are people here at NWACC who care and there are students here who want to help you succeed, too,” she says. “Come visit, meet people, talk to a peer advisor, and see for yourself. You may find that you didn’t expect half of what is offered here.”

Scholarships have been a tremendous help for Bernadette, and she’s grateful to have the resources.

Scholarships have made a difference for the single mom. “I was able to buy books and supplies for my classes that significantly helped me keep my grades up,” Bernadette said. “Also, receiving a scholarship that has a backstory and roots in NWA keeps me grounded on a personal level.”

She’s inspired by receiving the kindness and support from others. “Because of the wholesome generosity I received I will do my part to contribute when I am in a position to do so,” she says.

Anyone who has met Bernadette wouldn’t doubt her commitment. She will definitely pay it forward.

Whether you're fresh out of high school or entering college as a working adult, There’s a Place for You Here.