NWACC Alumna Lands a Career with NBC and Fox Affiliates 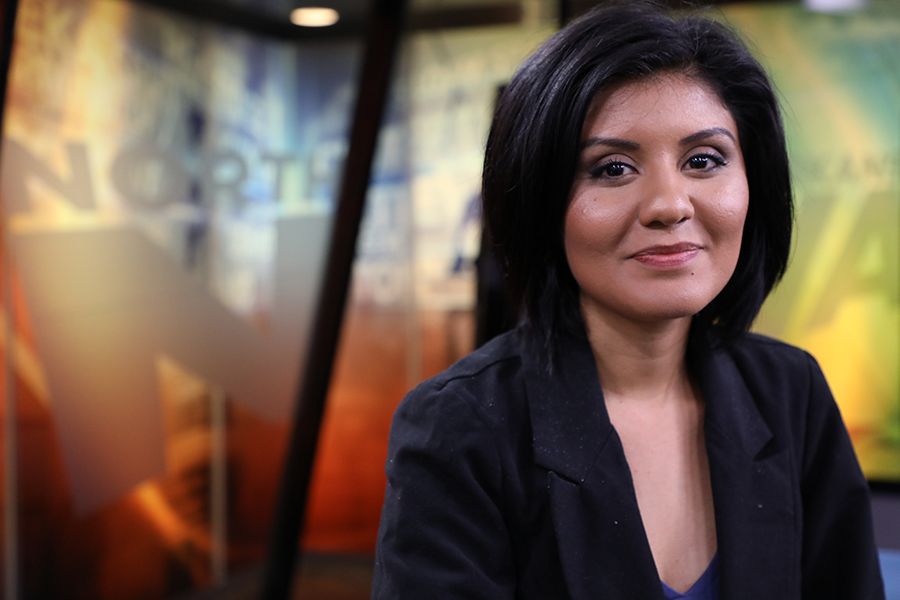 It was her experiences at NWACC that gave Wendy Echeverria confidence for the next part of her journey.

Since graduating from NWACC in 2015, Wendy studied broadcast journalism at the University of Arkansas, served an internship with Dateline NBC and Sunday Night with Megyn Kelly, and graduated with high distinction. In February, she landed her current role as a web producer with KNWA and Fox 24, the NBC and Fox affiliates, respectively, in Fayetteville.

Wendy credits NWACC and its faculty and staff with making a difference in her academic career and her life.

“Can I just say my confidence in my academics really flourished at NWACC and it poured over to the UofA?” she says. “I’m grateful!”

It’s impossible for her to identify people who influenced her the most at NWACC.  “This is hard,” she says, “but I would say NWACC helped me build my confidence in my work. A lot of the professors, faculty members, and staff members helped me if I didn’t understand things and invested in me.”

The opportunities she found at NWACC to fine-tune her leadership skills also had a dramatic impact on Wendy’s time at the community college and beyond.

“I loved NWACC,” Wendy says. “The opportunities I was given were amazing. I was the Student Government Association president one year. It just made me more confident, it helped me connect to people, and it helped me believe in myself as well as my abilities in becoming a leader.”

Being a part of student government provided Wendy an opportunity to overcome some of shyness. “I was pretty shy when I first started at NWACC,” she recalls. “I still am at times, but being in student government helped me get out of that. It also taught me how to communicate with faculty and staff in a professional way — something I might have never had the chance to do if I didn’t participate in that organization.”

Wendy participated in one of the summer LIFE (Learning, Improvement, Fun and Empowerment) programs before entering NWACC. As a student at the University of Arkansas, she was active in the Lemke Journalism Project as a mentor and leader. The Lemke Journalism Project is an annual newspaper program for high school students interested in writing about diversity issues in northwest Arkansas.

She received scholarships while at NWACC, which made her education possible, she says. “My mother is a single mother,” Wendy says. “She worked (still does) very hard, but it was hard for her to pay for everything, so having scholarships helped in a big way.”

In 2015, she also received the Gilman International Scholarship, which helped her study abroad. She strongly supports study abroad opportunities because of the difference her trip to Turkey made.

“My professor, Sevin Gallo, helped me get that scholarship, and I am so grateful to her,” she says. “Can I just say going to Turkey CHANGED my life? The study aboard program at NWACC is amazing. I also had the support of Mary Machira, another amazing (former) employee.”