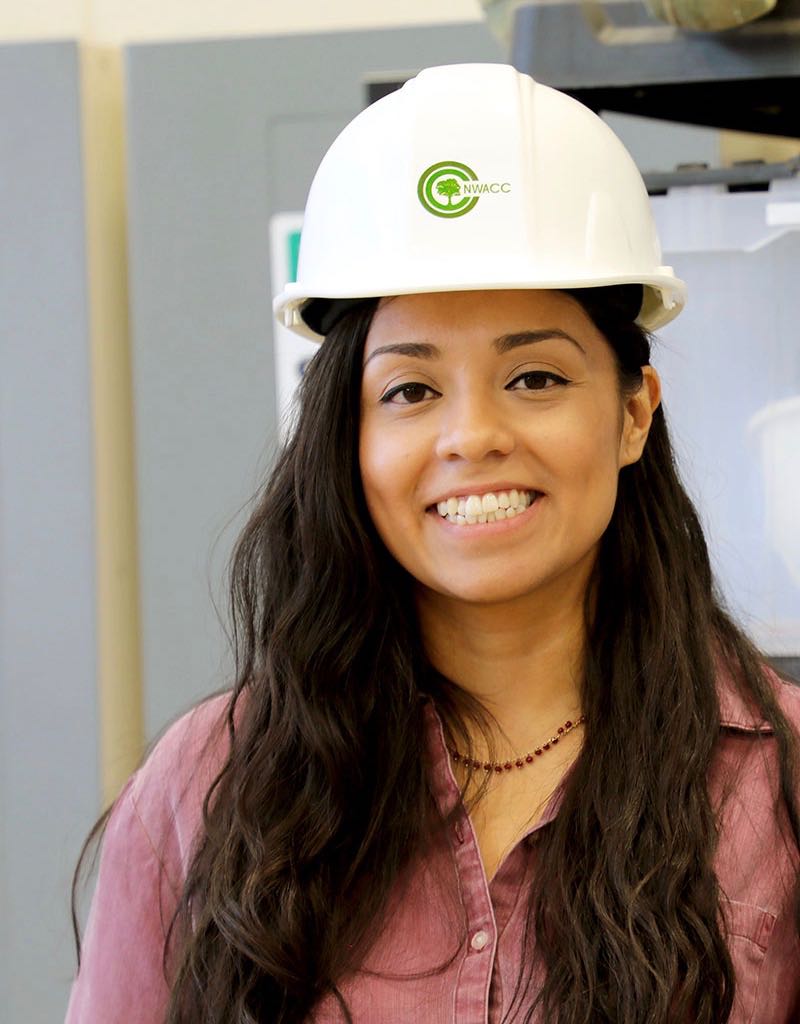 Construction technicians are in high demand, and NorthWest Arkansas Community College (NWACC) is filling the job market by providing the next wave of skilled laborers an affordable educational path to enter the field and maximize their career opportunities.

Maria got her first taste of college while still in high school by taking concurrent courses at a large four-year institution. She found herself uncomfortable with the class sizes and large campus.

“It’s a different world. Professors don’t know who you are. You walk around campus as just, basically as a stranger. You really don’t know anyone,” she said.

“I met with Mr. Beeler and he was just great; he had so many visions and was so excited about the program that he just talked me into it, and I was enrolled in less than a month,” she said.  “I felt more comfortable here [at NWACC], smaller classrooms. You get to know your professors and everything.”

Typically, it takes two years to earn an associate degree in Construction Technology at NWACC. Students learn about methods and equipment used to build structures and how to plan, coordinate, and successfully implement structure projects.

Maria found the program and professors to be a great fit for her needs.

“Everybody is so helpful and they make the whole process really easy… You have tutors, you have people to help you with scholarships. You’re not on your own here,” she said.

“I felt like we had pretty great instructors. All the instructors were actually in the field… There was a lot of networking activities that were part of the program, so I think that helped us a lot.”

Networking events and connections between NWACC and local construction companies opened up career opportunities for Maria and other students. “Your instructors are a great foot in the door. They already work in companies. They know several contractors,” she said.

Before Maria graduated in May 2018, she had a job offer and it’s a been a life changer. “I’m a pre-construction estimator,” she said. “Now, I have weekends, I haven’t had weekends in like ten years... It is definitely worth it. It is hard. It is hard sometimes, but I think it’ll pay off in the end.”

Opportunities for employment in the Northwest Arkansas construction industry are forecasted to grow over the next decade. With an Associate’s Degree in Construction Technology, students can expect a starting salary of $40,000 or higher. If you’re interested in entering the construction field, Maria has advice on landing the right job.

“Construction companies are looking for people who are motivated and willing to learn more … construction is going to be a lot of multi-tasking. You’re not just on one project … five at one time or five spread out,” she said. “Honestly, make connections. Don’t be scared to put yourself out there. The work is out there. You just have to look.”

Build a Future With NWACC.