Journalism Student Plans to Change the World with Advocacy and Education 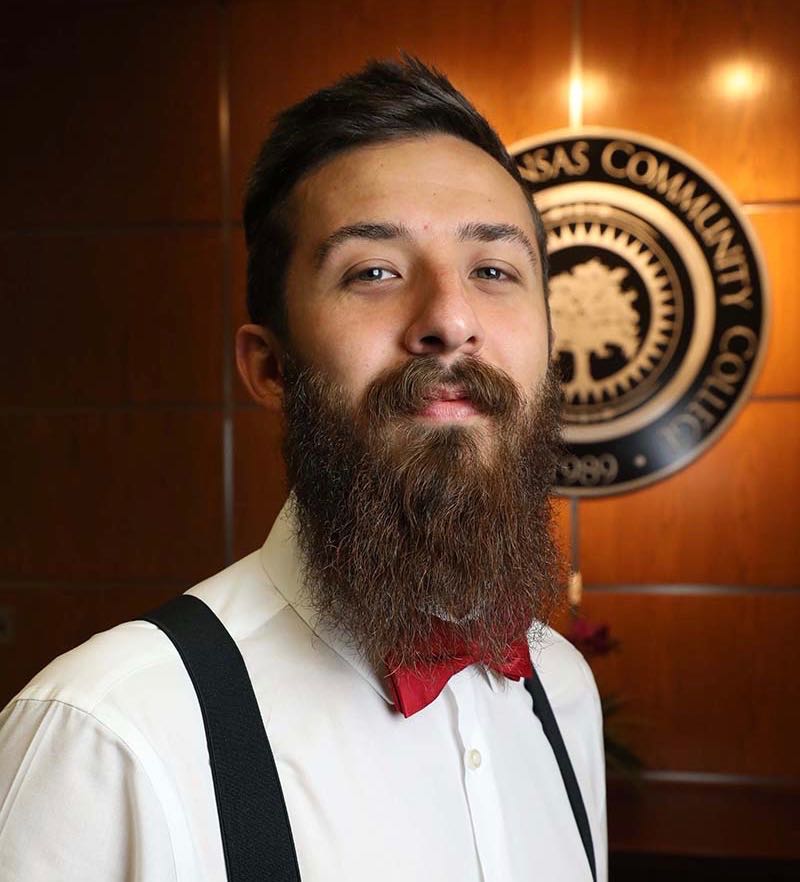 Renato was an active volunteer before he came to the United States.

In his native Brazil, he served with a local church as members went into the slums to teach and play with children who did not regularly attend school. He also gave of his time to teach English to teenagers and adults, and he worked with Syrian refugees teaching them Portuguese and helping them obtain their documents (IDs, driver’s licenses, etc.)

Since beginning studies at NWACC, he has been working with Student Alliance for Refugees to raise awareness of the plight of refugees. He is a reporter for the Eagle View and a senator with student government at NWACC.

Renato was named a Golden Eagle recipient because his work ethic as a student and his contributions to the overall NWACC community of learners.

Gloria Mallow, English for College and Career Coordinator at NWACC, nominated Renato for the award. “In the fifteen years I’ve taught at NWACC, I have never seen a more hardworking, motivated student,” she wrote. “This is a generous person who not only wants to be successful, but wants others to be as well.”

She also noted that as a student, Renato makes important contributions to the college. “He has many times been my teacher — sharing about his culture and beliefs during class discussions about cultural awareness — as well as setting an example for behavior when facing challenges.  He is not self-centered and self-serving; he looks for ways to be a contributing member of the NWACC family. We are lucky he chose us to start his venture in higher education.”

Renato plans to earn his associate degree and then transfer to the University of Arkansas, where he will major in communication and have a double major in journalism and political science.

“I chose communication/journalism because I enjoy reporting on stories and political science because I want to be involved in politics in my community,” Renato said.  “I believe that a good education is the most effective way I can better myself and more importantly, I will be capable of changing the world. With a background in communications and political science, I can more effectively advocate for the thousands in Brazil who are not receiving a quality education. This advocacy will allow all of us to reach our goals — as individuals and as a nation. As Nelson Mandela said once: ‘Education is the most powerful weapon which you can use to change the world.’ It is my weapon to fight against an impoverished past for a better future.”