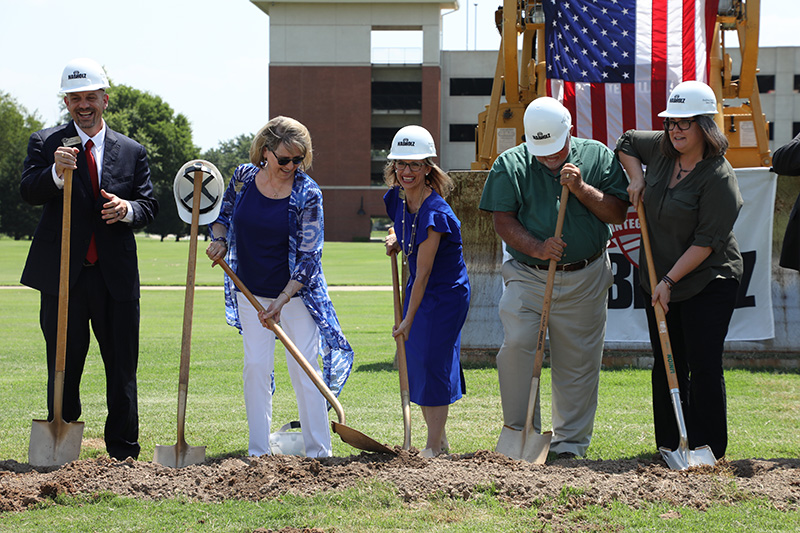 For NWACC alumnae, Dena Stone and Aleah Justice, the ground breaking of the college's Integrated Design Lab (IDL), a new facility for construction technology and visual arts programs, represented a truly special occasion. It was a milestone for their alma mater, but it also had meaning for the two personally.

In May of 2018, Dena donned a hard hat to participate in NWACC commencement ceremonies where she received an Associate of Applied Science in Construction Technology. Aleah received an Associate of Fine Arts degree in Visual Arts. Both were among the first group of graduates from their respective degree programs, and both Dena and Aleah spoke at the IDL groundbreaking ceremony.

The IDL will provide needed classroom and lab space for key academic programs in visual arts and construction technology — the degree programs Dena and Aleah completed. Both construction technology and the visual arts represent significantly growing career fields in the region. The structure will also house space that supports general fine arts, sculpture, ceramics and a Fab Lab with 3D printers, a CNC router, laser cutting equipment and other tools. 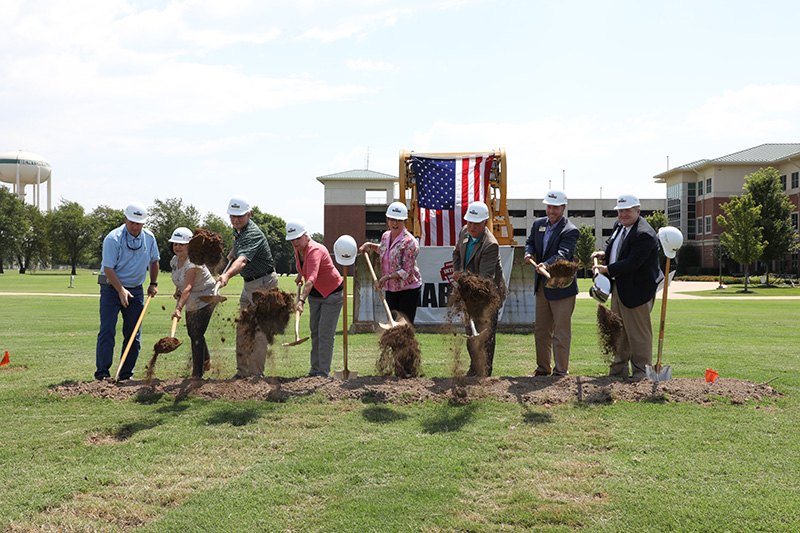 Dena was the wearer of a couple of different hats at the ground breaking ceremony. She’s a construction project manager at NWACC. Part of her job entails tracking details associated with the IDL’s construction. When the work is done, the building will house the same degree program she just completed. She took an indirect path to her career calling, but it’s been confirmed for her that construction management is where she belongs.

She worked as a bank teller, at the Walmart corporate office, and in the public schools before joining NWACC in the human resources department. She says she worked herself out of a job streamlining personnel files, employment memorandum, and other documents. Through a series of events, she began working in the office of the director of facilities planning and construction and found her calling in construction management.

Within a few months of her transfer to the new area, conversations began about a construction technology program. She says the dean of workforce development, Keith Peterson, began talking about the need for such a program based on information from contractors.

She already had begun taking business classes at NWACC, and she knew the new program seemed like a good fit for her role. “This program will help me in my day-to-day job,” she recalls thinking. She signed up for classes and never looked back. 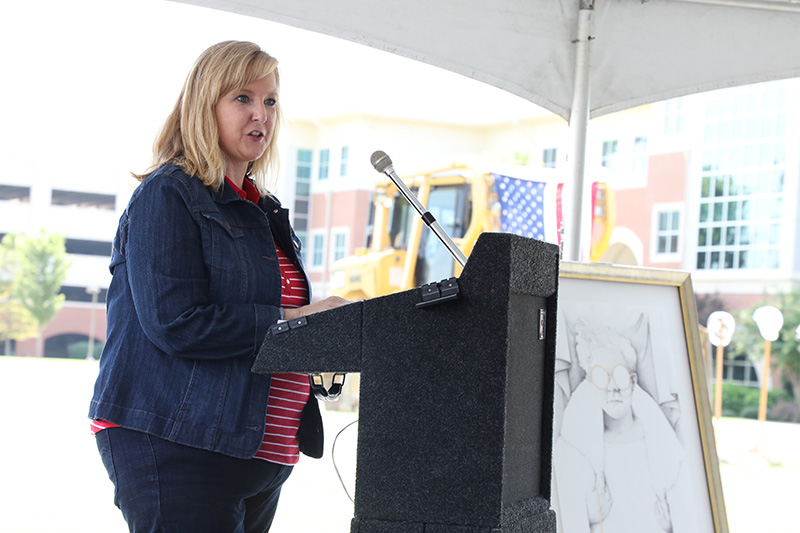 She’s had the opportunity to learn from Jim Lay, who’s both a boss and a mentor. She was able to blend all that she learned from the mentorship and the day-to-day workings within her area with the knowledge gained through the formal study in construction technology. It’s been a great learning opportunity for her, and she’s soaked it up.

When she looks at a set of drawings now, she’s gained confidence and speed in evaluating the information.

In her first classes in construction technology, there were few other women, but she’s seen the number of female participants grow as time has gone on. She’s definitely a champion for the construction career field in general, and she has a message for other women. “You can do it,” she says. “There is no stopping you.”

Aleah Justice is equally enthusiastic about the opportunities the new IDL will provide.

Her emphasis is on the opportunity for additional education in visual arts that the new structure will provide. She had studied previously at the Memphis College of Art, but after a break from academics, she was looking at returning to northwest Arkansas and she considered the community college. “It was something that was close to home and affordable and I had heard really good things about the teachers,” she says.

She wasn’t disappointed. At the ceremony, she talked a bit about her experiences and her teachers. She’s a tremendous fan of Stephanie Lewis, Eric Smith, Carol Cooper, Mary Beth Haas, and Matthew Meers, among others.

In general, she praises NWACC’s faculty. “They’re really concentrated on their students,” she says. “They have a lot of passion about what they do.” 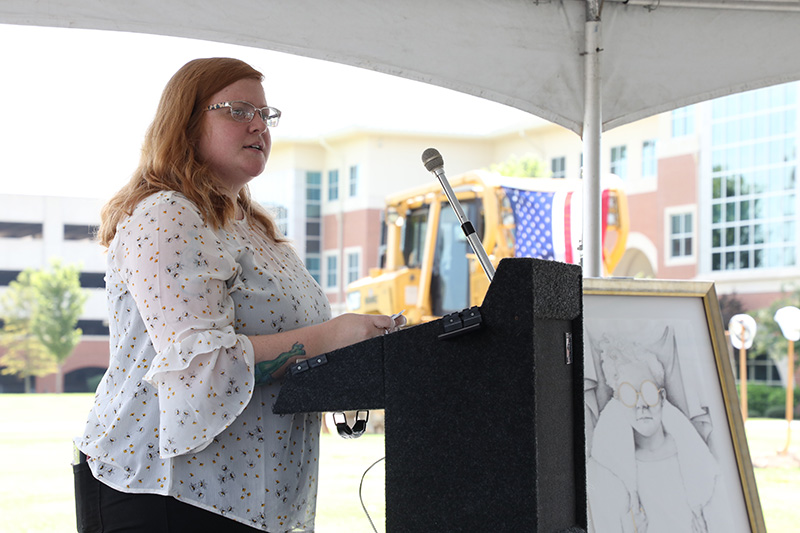 Aleah sees benefits to visual arts when the IDL is up and running and there are more opportunities for hands-on study in art. “I think it’s going to add something to the community.”

The first phase of the Integrated Design Lab is expected to cost $5 million. It’s anticipated that construction will be completed by Fall 2019.

The architecture firm for the project is SCM Architects. The project contractor is Nabholz Construction.