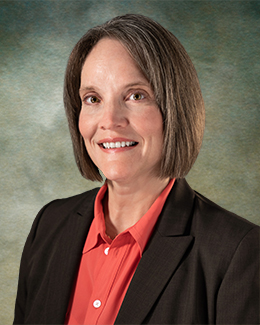 Dr. Carolyn Reeves is an Arkansas native and a graduate of the University of Arkansas, Fayetteville. She married her college sweetheart James, and they have two children. Dr. Reeves’ parents and family live in Northwest Arkansas (NWA).

Dr. Reeves worked in the banking and insurance industry for seven years and then returned to school at the University of Texas in Arlington to earn additional credits to apply for medical school. In 2002, Dr. Reeves enrolled in medical school at the Texas College of Osteopathic Medicine when her son Philip was eight months old. In 2009, she completed her residency in Internal Medicine in Joplin. Her daughter Grace arrived during her residency program.

Dr. Reeves is dually boarded in internal medicine and hospice and palliative care and is designated as a Fellow of the American College of Osteopathic Internists. She has special interest in health professions education.

After moving back to Arkansas in 2010, she worked with Northwest Health System and now has an independent internal medicine practice in Centerton.  She has served as an elected trustee for the Arkansas Medical Society for the past four years and is in her final two-year term. She also serves on the Arkansas College of Osteopathic Medicine Physician Advisory Board. Dr. Reeves is an advocate for high quality affordable public education.

Dr. Reeves and her husband like to volunteer as yearlong hosts for high school exchange students. They've hosted students from Germany, Spain, Brazil and Thailand. She and her husband are both proponents of physical activity to maintain good health. They can be found running or biking the trails and dirt roads in NWA every weekend.