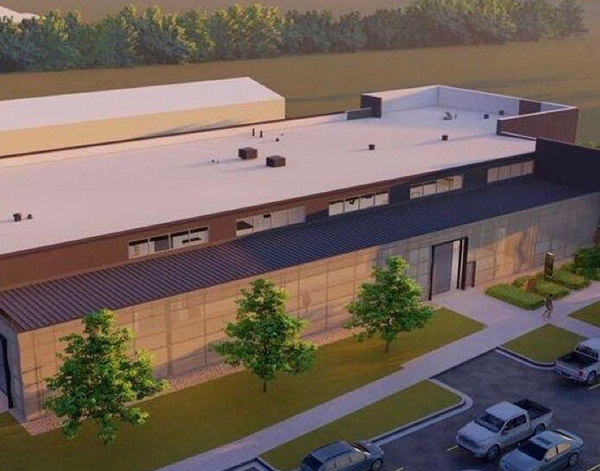 In the fall of 2019, NWACC held a grand opening event for the new Integrated Design Lab (IDL) and invited college and community members to join in the memorable celebration.

The event was filled with inspirational speeches as well as great conversation, food and drinks. Speakers included NWACC President Dr. Jorgenson, Board of Trustees member Joe Spivey, and an art and construction technology graduates. Attendees enjoyed taking self-tours, chatting with staff, faculty and students, and learning about this state-of-the-art facility.

Learn more about the IDL concept.

Rob Dodd is the Executive Vice President of Operations at Nabholz Construction located in Rogers, Arkansas, he has been with Nabholz for 12 years, having served as a project manager, senior project manager and project executive prior to his current role.  Before joining Nabholz in 2007, Rob spent 21 years in the design profession in the Structural Engineering and Architecture fields. 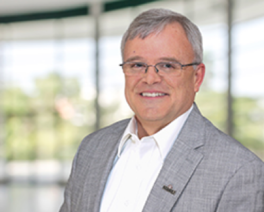 Currently, Mr. Spivey is a Senior Vice President with First Security Bank. He has served on the board of directors for the NWACC Foundation, Carroll Electric Cooperative, St. Mary's Hospital, Rogers Baseball Association, Friends of Hobbs State Park, Rogers-Lowell Chamber of Commerce, Subiaco Academy, Rogers Chapter Habitat for Humanity, and the Benton County United Way. He is a past president of the Rogers Rotary Club and is currently serving as a Blue & Gold Selection Officer for the U.S. Naval Academy. 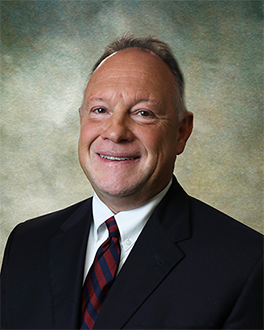 Dr. Jorgenson has earned many honors and awards in the course of her career. She served the American Association of Community Colleges (AACC) as a member of the Rural Policy Round Table and the Commission on Academic, Student, and Community Development.  She was President of the Council of North Central Two-Year Colleges and the Missouri Community College Association Presidents’ and Chancellors’ Council.She currently serves on the Board of the Council on Accreditation for Two-Year Colleges (CATYC). Dr. Jorgenson continues to be passionate about community college students and the contributions of community colleges.

Currently, Dr. Jorgenson serves on the Northwest Arkansas Council, the Arkansas Community Colleges (ACC) Presidents and Chancellors, and the Rogers-Lowell Chamber of Commerce. She is a Board member for the Benton County Literacy Council, Arvest Bank, NWA Food Bank, and UAMS-Northwest Advisory Board. She also is a member of the Rogers Noon Rotary. 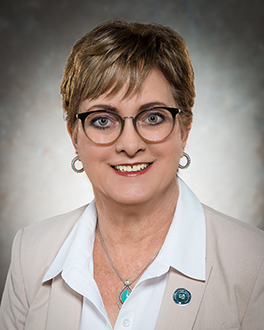 Joy Suit (Moseley) is a Project Engineer for Nabholz Construction in Rogers Arkansas. She has worked for Nabholz for two years. In that two years, she has been recognized with the “I’m a Believer Award” for safety, accepted into the Superintendent Training Program, and asked to assist with the Good Catch program which promotes safety within the company.  A 2018 graduate of the NWACC Construction Technology program, she was in the first graduating class, won the Nabholz Scholarship twice, and graduated Magna Cum Laude. She is currently completing her third project, one of which was the Integrated Design Lab. When she is not working she enjoys gardening, and spending time with her daughter, Abigail.

Learn more about Joy on our blog. 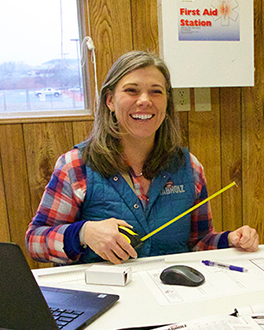 Brad Place is lead design principal at SCM Architects in Fayetteville and Little Rock. He joined the firm in 1994 following his graduation from Drury University School of Architecture. A thoughtful leader and creative designer, Brad has served the higher education realm for over 25 years. Brad has been privileged to work on projects for NWACC since 2014, leading the Master Planning process for both the Bentonville Campus and Washington County Center in Springdale, as well as the designer for the Integrated Design Lab. Brad serves alongside four principals at SCM, leading a firm of twenty-two creative professionals at SCM who are dedicated to a collaborative and meaningful design and construction process. 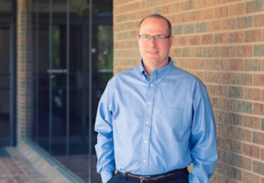 Fashion designer and NWACC alumnus Rulli Torres has had a passion for fashion since he was five years old. He used to watch his mom sew dresses for his sisters and calls her his biggest inspiration.

His family moved to Arkansas where he started high school. After graduating from Rogers High School, he attended NWACC where he majored in graphic design. He later attended the University of Arkansas in Fayetteville where he completed a bachelor’s in fashion design in 2011 and in 2013, he launched his own label.

Rulli specializes in women’s gowns but he enjoys working with ready-to-wear custom orders, costumes, bridal and anything related to apparel or designing.

In 2013, he was invited to participate in a fashion show during New York Fashion Week. In 2014, NWACC recognized him as an Outstanding Alumni. In 2015, as part of the celebration of NWACC's 25th anniversary, Rulli and the college organized a fashion show sponsored by Wal-Mart.

This year, Rulli will be opening a modeling school and agency in downtown, Dallas, and will continue to manage his custom designs in the same space. He will also be doing an annual fashion show in Dallas for the modeling school graduates and for Breast Cancer Awareness Month. 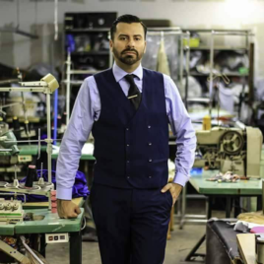 Facts and timeline about the Integrated Design Lab at NWACC: