Get a Kick Out of Club Sports 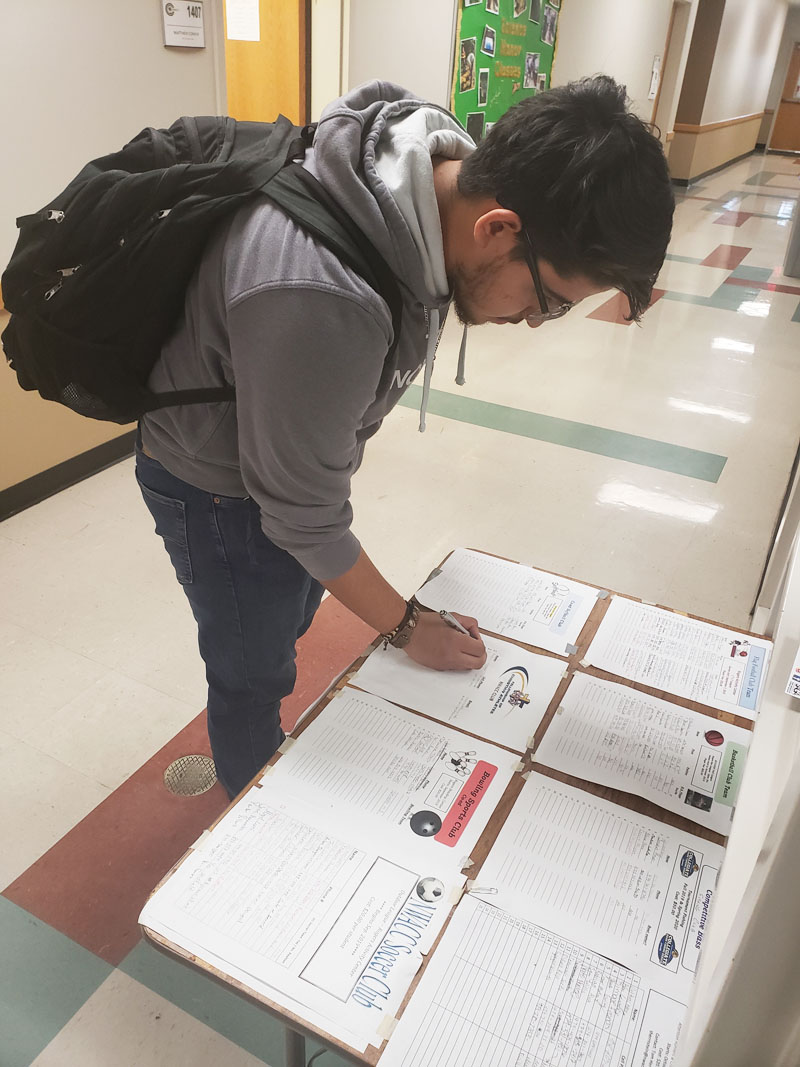 Soccer season is almost here and NWACC's Club Sports are looking for a few good men to play soccer.

Luedtke said the league is competitive, but NWACC offers teams in the silver and bronze league so there are options for players with varying experience. However, he said all the leagues are competitive.

“Soccer can be a pretty aggressive sport,” Luedtke said. “If you don’t go out there with any formal structure or organization it’s hard….We try to find people who play competitive soccer,” he said.

Despite the competitiveness, Luedtke said there are no tryouts for the league. Currently, no sports at NWACC require a tryout to join. According to its website, NWACC prides itself on creating an atmosphere of inclusion, and further demonstrates this commitment in it’s online presence that states, “There is a place for everyone here.”

Matches start on April 6 and run through June 5, with most practices and games occurring on Saturday or Sunday. The players are responsible for their own transportation and a registration fee of $35 which covers uniforms and required insurance.

NWACC covers the cost of the team registration fee of $520. All games are held at the Rogers Activity Center on 315 W. Olive St. or Veterans Park at 500 E. Veterans Pkwy., Rogers.

Todd Kitchen, vice president of Student Services, was also given as a point of contact by Luedtke. Eagle View contacted Kitchen to clarify recruitment procedures. He confirmed that Luedtke was the point of contact for Club Sports, but offered no other information.

Fliers for the sport state there are spots for 18 - 20 players as well as a team captain. Being team captain, “teaches life skills,” Luedtke said. According to research conducted by British Universities and College Sports, graduates who have participated in sports while at university earn, on average, 18% more than their non-sport play counterparts.

BUCS says, “Teamwork, leadership skills, and time management,” are skills that employers are searching for that can be earned in club sports. Taking on the leadership role of team captain can be a resume skill for a student.

Editorial content in the Eagle View is prepared by the students of NorthWest Arkansas Community College and does not necessarily reflect the views of NWACC.